From the moment I arrived at Tokyo’s Narita airport I felt as if I had stepped both back and forward in time. ATM’s with cube-buttoned pin-pads sat side by side with machines vending smart phone SIM cards pre-loaded with 4g data. Public bathrooms painted in soft pink pastel and bathed in muted down lighting concealed toilets that play mood music when you take a seat, do unmentionable things when you’re finished, and self-flush when you stand. 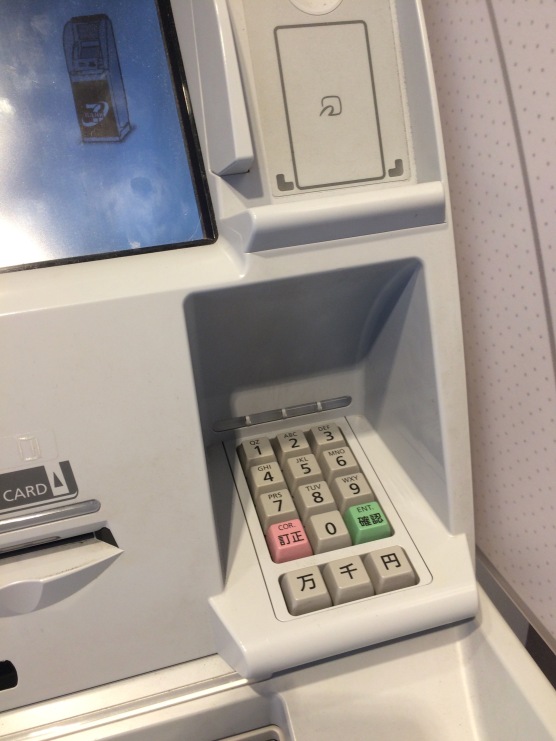 A friend described Tokyo as ‘retro-modern’, which is a neat summary. The effect is certainly defamiliarising: making the every-day seem strange. While I (a child of the 1990’s) felt constantly nostalgic – every line of every sleek black leather sofa soothed me – the high tech gadgetry of Akhibara left me mystified. Yet, the robots and immersive arcades also seemed only the logical outcome of the future I imagined in 1995 – only it was as if I were seeing it then, rather than now. 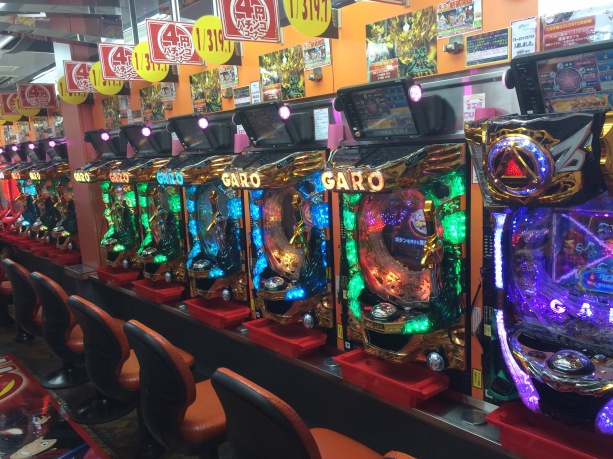 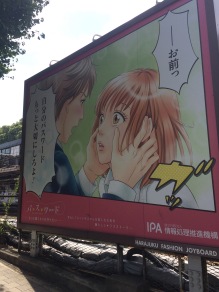 Despite all of it’s familiarity, though, Tokyo also rendered me genuinely clueless. Very little in terms of signage or menus outside of the main tourist areas are in English, making some of the more interesting places – like the top floor dive bars best for cheap beer and tasty snacks – inaccessible. Without Google maps I’m sure I would have found the metro system impenetrable.

However, this was not the stressful experience it might have been: I found I was guided by an orderly flow that seems to underpin life in the city, gently carrying its inhabitants to their destinations. Locals answer inquiring looks in rapid Japanese, but they do so with such warmth and respect that you feel you understand every word – and somehow get where you need to go.

An easy self assuredness seemed to emanate from the Tokyo-ites (apologies if this is not the correct term) I surreptitiously watched on the many metro rides I took during my flash visit – more so than anywhere else I’ve been. Dressed in fashions of every conceivable ilk, yet generally silent and always respectful, I was envious of what seemed a deep, pervasive serenity. Another friend remarked on how hard it was to believe this was the nation famed for a brutal work culture that ends in premature death, known as karoshi.

The city’s temples gave a hint of the source of this inner calm, particularly the Meiji Shrine in Shibuya. As we entered from the surrounding forest, the vast courtyard echoed with the sound of a large skin drum, marking the beginning of an elaborate ritual performed by two men in immaculate, highly starched white kimonos. The grace and poise of these figures, moving in careful, harmonised steps around four earthenware jars inside the soothingly sparse temple was breathtaking. 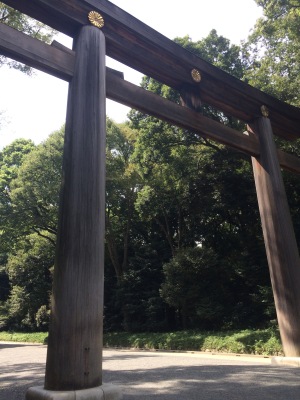 I later read that Shinto is grounded – like many Asian religious practices – in the worship of ancestors, however it is specifically practiced as a method of keeping ancient and modern Japan connected. This struck me as fairly symbolic of Tokyo as I had experienced it – and even as it is divided: traditional East and modern West linked by a web of highly efficient transport.

I also wondered if this connection with the past – through the strong sense of identity it can bring – could be the foundation of the confidence I sensed in so many of the city’s inhabitants, and how this might inform Japan’s future. Might it ever – as is currently happening throughout the developed world – lead to an anachronistic nationalism? An isolationist drive based on delusions of reviving an economic and cultural dominance long past in a globalised world? Or are the Japanese, as ever, ahead of the West there too? I sensed the latter.