In Madurai I faced the past and saw the path to a better future through India’s founding father, Mahatma Gandhi

I got my first post-colonial telling-off in Madurai, the capital of Tamil Nadu in South India. Freshly arrived from a gruelling 14 hour train journey from Varkala – Kerala’s main beach town, I had headed straight out to visit the city’s main attraction – the Meenakshi Amman temple. Having negotiated the usual wide eyed staring and giggling on the bus, dodged the canny street sellers at the station and had a delicious lunch at the famous Murugan Idli shop, I was feeling confident, comfortable and relaxed. 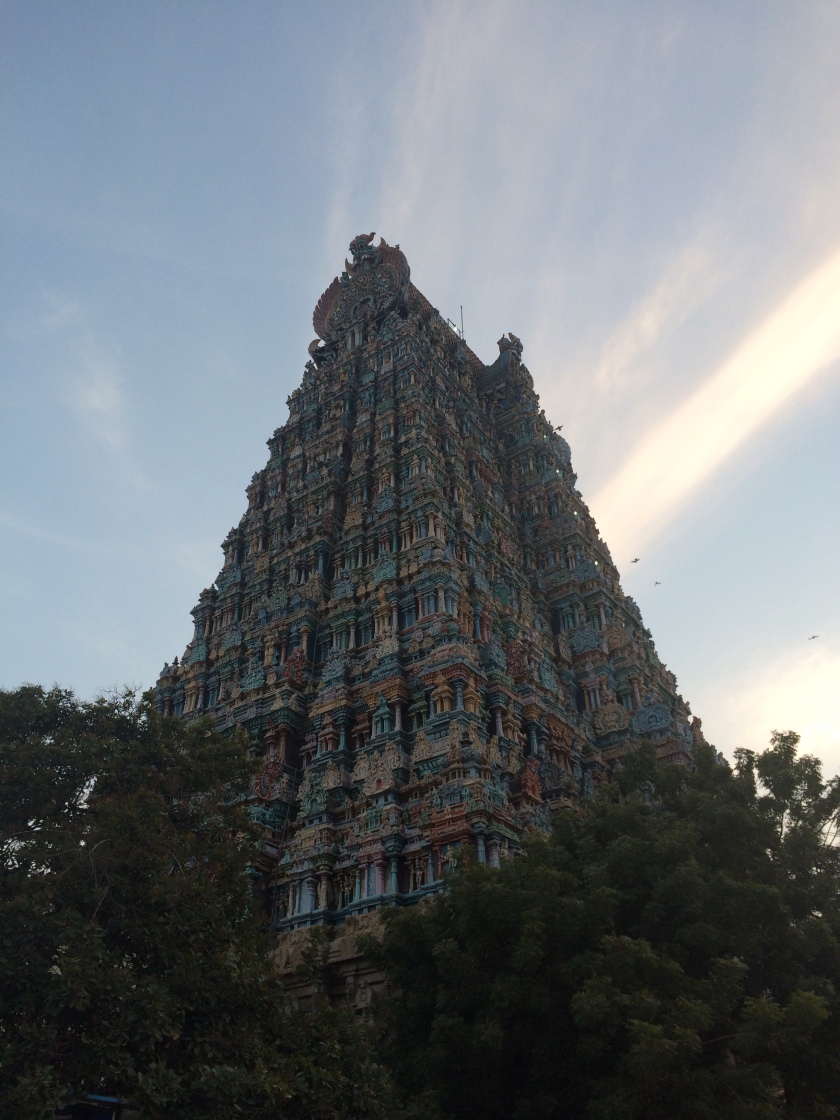 This perhaps showed, and was not – I found out – entirely welcome. Not long after entering the pedestrianised temple area I realised I was being followed by a middle aged man that was visibly drunk. Unusually for India, he was not the first I had noticed since arriving in the city – with a few gently swaying men lining the streets near the idli shop including one that stared inexplicably at my flat and well covered chest as I passed.

This man, however, was more persistent and began trailing me despite my trying to shake him by browsing at one of Madurai’s many fine sari shops. In a second attempt at evasive manoeuvres I stopped again at a stall and started chatting to a woman selling devotional sandalwood powder. It soon became evident, though, that he wasn’t going anywhere. I asked the woman for help: “Please – I think this man is following me.” Stepping up from behind me, the man responded:

The tirade continued in broken English for a minute or two as he swayed unsteadily, and I can’t recall everything he said. However it followed the same line and I felt, quite clearly, that I was being reminded in no uncertain terms that the sun has fully set on the British Empire and it’s barbarous rule over India.

He moved off and the woman at the stall communicated to me through hand gestures and a gentle pat on the arm not to take any notice – that he was just drunk, while a friendly nearby book seller invited me to take refuge at his stall until the man had definitely disappeared. 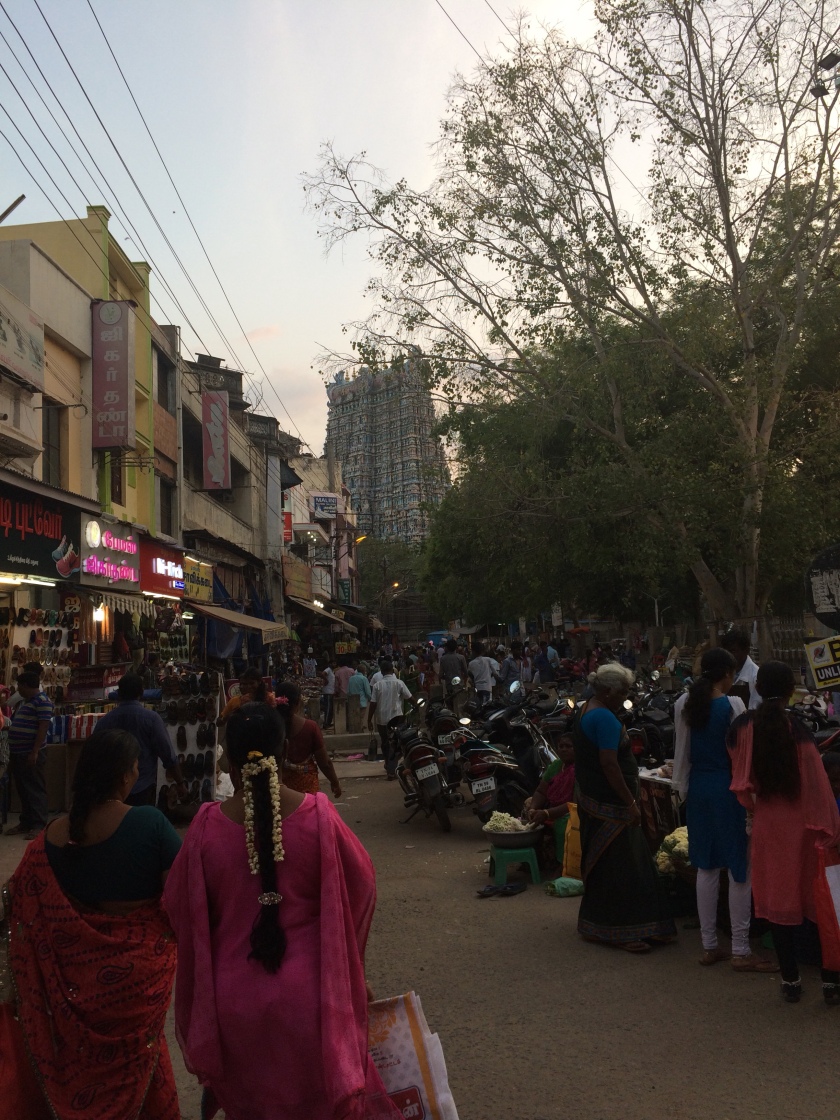 While my confidence was a little dented I wasn’t too shaken by the incident and I don’t want this to read as an indictment of Madurai or its inhabitants. This is a single occurrence in two long visits to India otherwise marked by a warm and friendly reception from everyone I have met.

Indeed, I am amazed that this is only the first time I have been reminded of my country’s terrible occupation of India. I felt I knew enough of our colonial atrocities, however visiting the Gandhi Memorial Museum in the north of the city the following day made the horrors of British rule all the more vivid. The museum, which houses the blood stained lungi the Mahatma was wearing when he was assassinated, lays out the history of the Raj from the first dealings of the East India Trading Company under Elizabeth I to final independence in 1948, and is a deeply moving tribute to one of the world’s most remarkable freedom fighters. 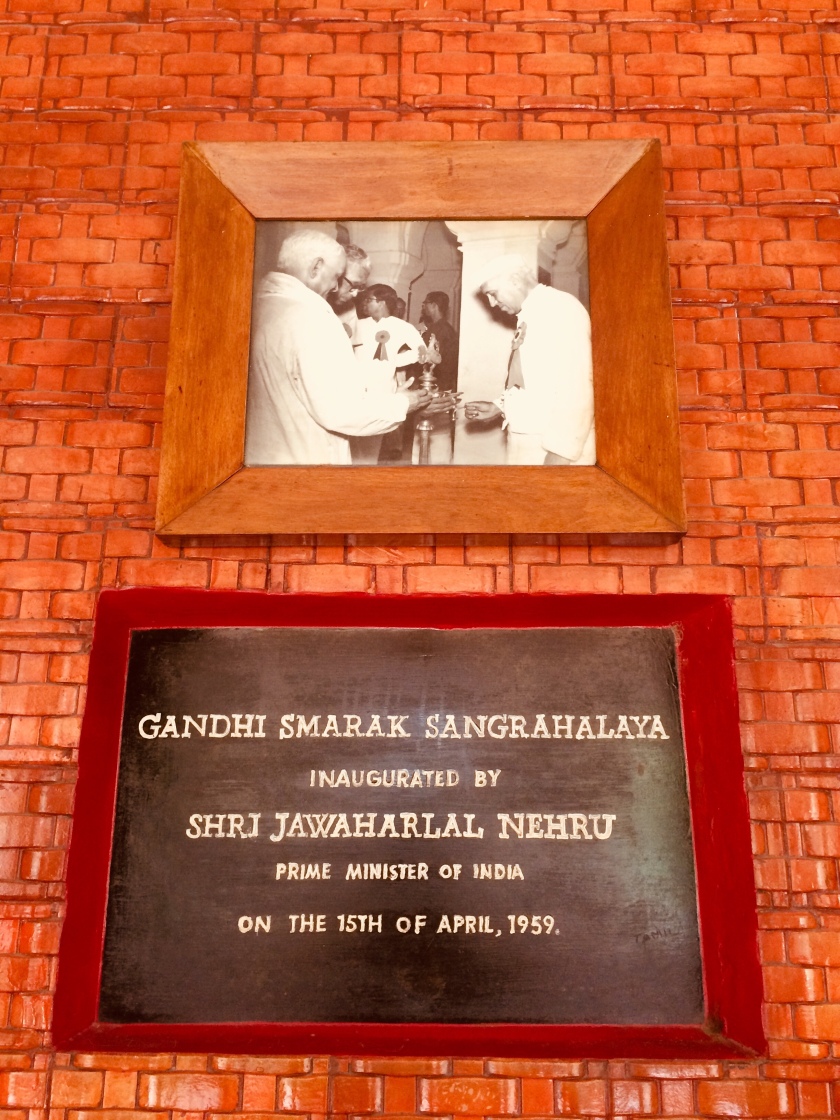 Gandhi’s philosophy and vision, encapsulated in his 11 principles that include non-violence, truth, non-possession, fearlessness, equality of all religions and peoples (the latter centred around the removal of untouchability in the Indian caste system) are the benchmark to which humanity should aspire but which no nation – not Britain nor India – has yet lived up to. His message around sustainable and measured consumption – in which he advocated buying locally produced goods and only as much as is needed – is one we are only coming to realise the importance of today as the excesses of rampant consumerism are ravaging our environment – turning our rivers and oceans into toxic plastic-filled cesspools. Here in India this is heartbreakingly evident on almost every festering street corner and open water source – the smell of which is often harder to bear than the sight – as well as the sunless smoggy skies of its major cities.

Politically the globe is also polarising at a rate not seen for eighty years since fascism took hold in Europe and tore the world apart (during which – in his magnanimity – Ghandi supported the British). Virulent hatred of the other is on the rise again – Americans vs. Mexicans/China/Korea/Iran; the UK vs. Europe; France, Austria and others vs. Muslims and refugees; while atrocities against indigenous peoples and civil wars rage in Myanmar, Syria, Ukraine and central Africa.

And so it is a gross understatement to say that almost every nation on the planet has a lot of work to do in realising the sort of world that Gandhi imagined. In this task it is essential that the past be remembered and honoured – and I for one have no problem with being reminded of and humbled by the role my ancestors played in the enslavement and misery of millions. Most important, though, it must be learnt from as every one of us strives to build a new, better future for all people. 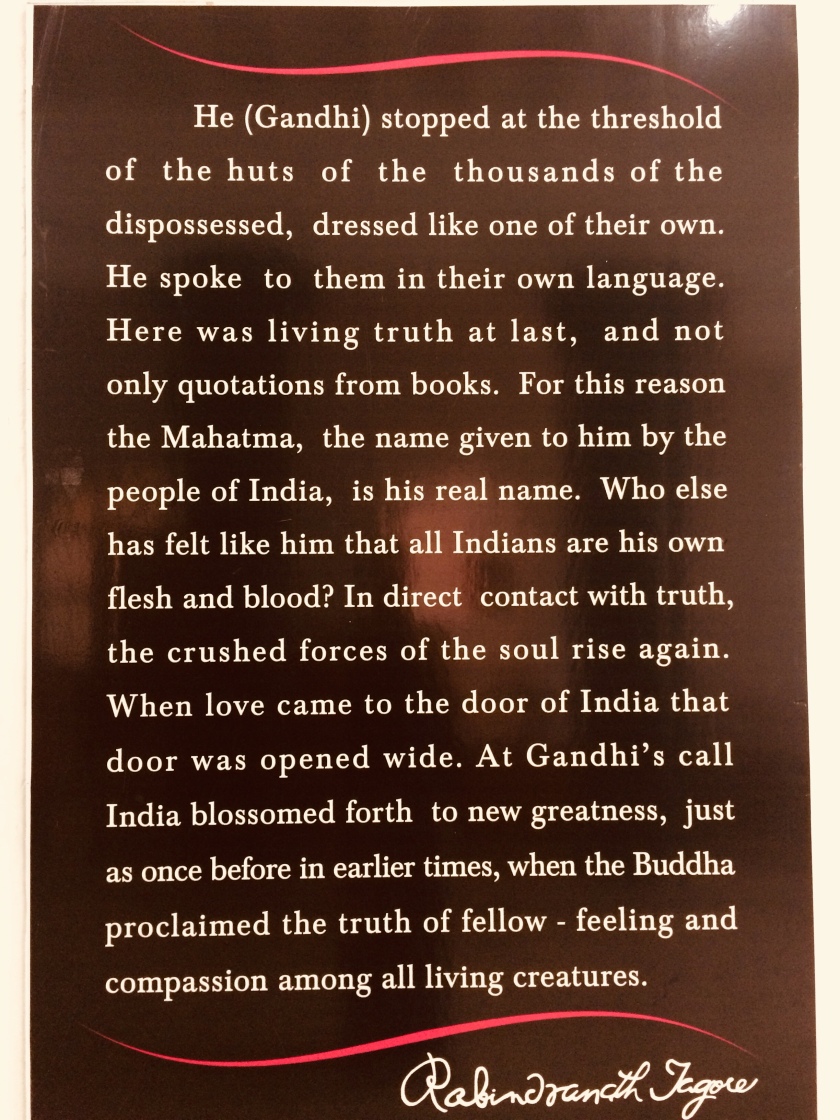 Journalist, nomad, cultural magpie. An inveterate Londoner, in 2016 I embarked on a year of travel through South Africa, India and South East Asia that changed the way I see the world and its inhabitants - especially myself. Here I share what I learned - and continue to learn - through my journey. View all posts by Rebecca E Jones